Tex was one of the three ponies owned by JFK and ridden by his children while the family lived in the White House. The pony was a gift from Vice President Lyndon Johnson. 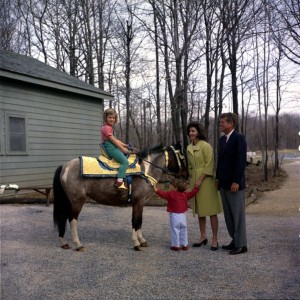 Tex and the other White House ponies were largely stabled at the Kennedy’s rented house in Glen Ora, Virginia or at Camp David. But, they were often brought to Washington, D.C. so the children could ride them more frequently. While at the White House, they were put to pasture often on the White House Lawn.