Smathers was a Democratic Senator from Florida and, like JFK, a lover of women and cigars. Although they were Senate colleagues and

good friends, when Kennedy won the Presidency, Smathers took to calling him “the man,” even in correspondence with Kennedy’s secretary Evelyn Lincoln.

Despite his deferential status to JFK, Smathers did not vote in lockstep with Kennedy’s administration. 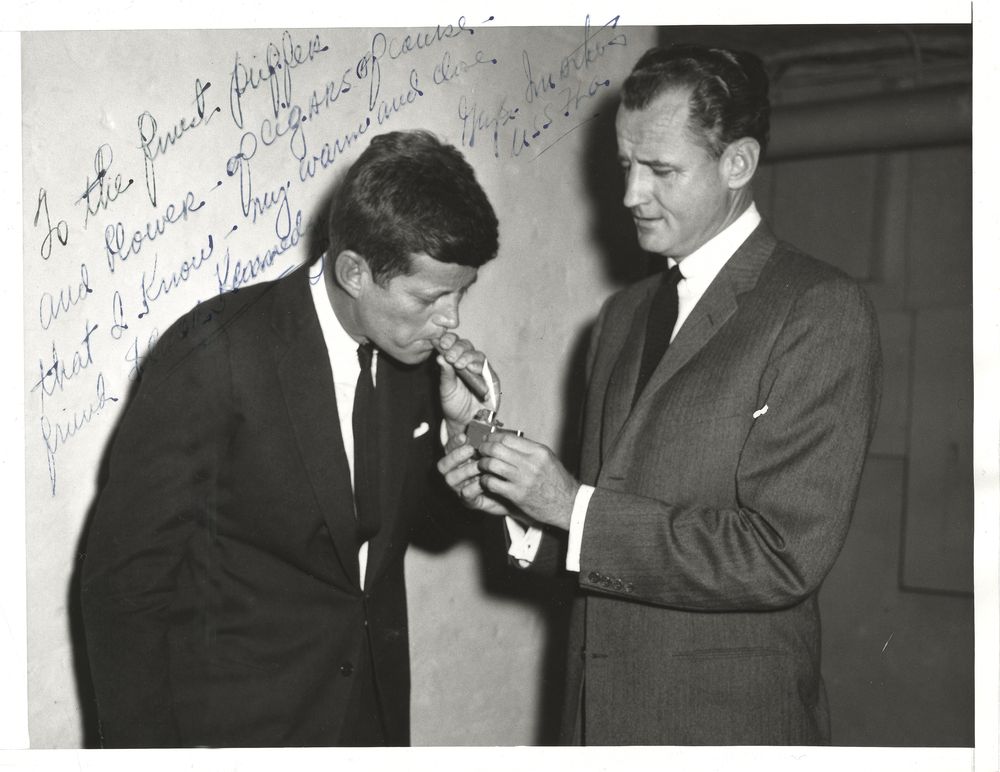