Roy Kellerman was the Secret Service agent who rode in the passenger seat of JFK’s limousine in Dallas.

Kellerman accompanied Kennedy’s body back from Dallas and rode in the ambulance that transported the casket from Air Force One after its return to the Washington area to Bethesda Naval Hospital. 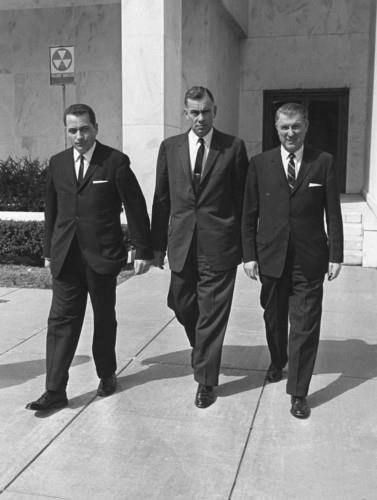 The slain President’s brother Robert, who was riding in the front seat, was anxious to speak to the agents that had been with JFK when he was shot and opened the sliding glass partition between them. Kellerman responded that he would come to the family waiting room to talk when they arrived at the hospital.