JFK’s first boat was the sailboat that he co-owned with his older brother Joe, Jr. after it was given to them by their parents in 1927 when JFK was 10 years of age. The boys named it Rose Elizabeth after their mother.

Family lore has it that one afternoon after competing in a sailing race, the brothers were relaxing on the veranda when they noticed what appeared to be an overturned boat in the harbor. Jumping on the Rose Elizabeth they sailed out to the overturned hull and pulled a man named Russell Richard who had been thrown into the water when his craft had capsized. 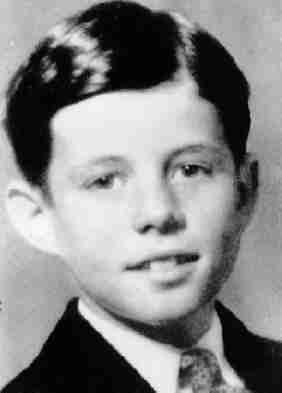 JFK at about ten years of age (photo courtesy hiscla.com)