Torpedoman Second Class Raymond L. Starkey served under JFK on PT 109 and was on the boat when it was struck by the Japanese destroyer. 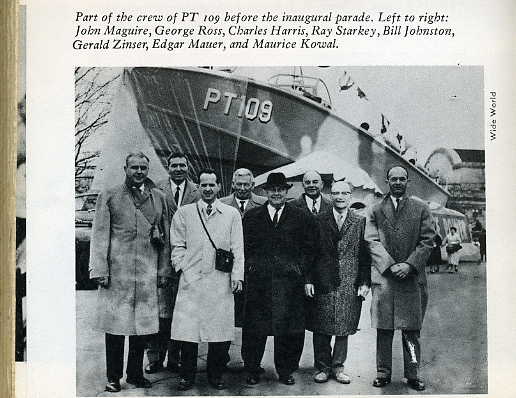 Ray Starkey with other surviving members of PT 109 during JFK inauguration. Starkey is 4th from left.

At twenty nine years of age, he was older than most of the 109 crew and had a wife and child back in the States. He had transferred off another boat due to the “Ivy League snob” of a captain. However, he liked serving under Kennedy and recalled afterwards that he was “all business, but with a sense of humor and modest and considerate of enlisted me.”

I was born in 1951 I lived on Emerson st Garden Grove CA, I played with Starkey’s son I accidently hit him in the head with a garden tool one day.