Patricia Kennedy was the sixth child of Joseph and Rose Kennedy. 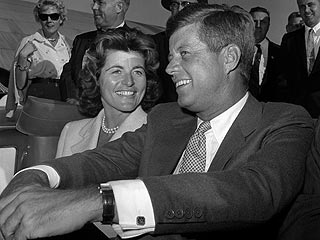 After her divorce, she moved to New York City and became involved in supporting the arts, founding the National Committe for the Literary Arts.