Mary Davis was the lead secretary in JFK’s early congressional career. When she started working for Kennedy, she had been a secretary on the Hill for eight years and was efficient, organized, and not afraid to take on projects and issues. Fellow JFK staffer Billy Sutton recalled,

“Mary Davis was unbelievable. She could answer the phone, type a letter, and eat a chocolate bar all at once. She was the complete political machine, knew everybody, how to get anything done… When Mary came in, you could have let twelve people go.” 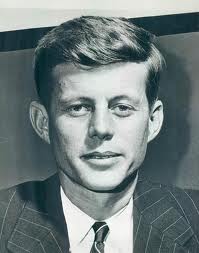 As he did throughout his life, perhaps as a result of growing up a rich man’s son, JFK was comfortable in expecting that others would be available to serve his needs and make his life comfortable. However, the wily and experienced Davis understood her importance to JFK’s success,

“He wasn’t a methodical person. Everything that came into the office was handed to me. I took care of everything. If I had any questions, I’d take them in to him at a specific time and say, ‘Here, what do you want me to say about that?’ Nothing would land on his desk. I’d pin him down on the spot, get his decision, then do it.”

For being part de facto congressman, Davis was paid $60 a week. Eventually, she wanted more money and when Kennedy refused her request, she left his employment for what she considered fairer wages.

Very intesting oral history with Mary ! She is open minded, clever, funny and she liked JFK very much. Would it be possible to see a picture of Mary please ? Thank you, Marie