JFK was reportedly high ranking in this Catholic organization, attaining at least a 4th order. He is on the most right in the the photo below and is shown with a K of C sash underneath his tuxedo jacket. 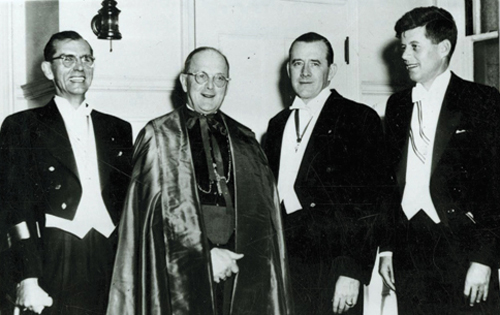 The man standing to Kennedy’s right also appears to be wearing a Knights of Columbus insignia, perhaps an anchor medallion.

There are only four degrees for the Knights of Columbus!!