John Scali was a young journalist working for ABC News when he began transmitting backdoor messages from JFK to the Russian Washington KGB station chief during the Cuban missile crisis.

He was an unlikely recruit for such a mission. After graduating from Boston College, he was very early in his television career in a town where print journalists and reporters were still preeminent. He was given great plaudits by press secretary Pierre Salinger for his discretion and trustworthiness and the importance of his role in resolving the tensions. However, later his role was belittled by the Soviet diplomats in DC at the time, who claimed their conversations with Robert Kennedy were the key to resolving the crisis.

Scali went onto a distinguished career as a government diplomat, working as United Nations Ambassador under Richard Nixon. 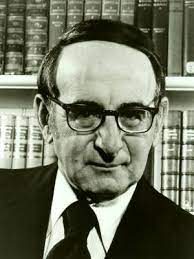