JFK loved to sail and regularly used the presidential yacht throughout his presidency. The 92 foot vessel was originally built in 1933 and was christened the Lenore. The first president to use it was Eisenhower. 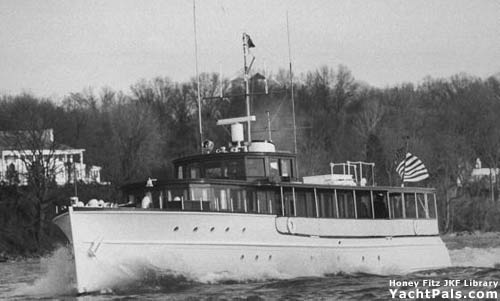 In 1961 JFK renamed it the Honey Fitz in honor of his beloved grandfather. It was maintained and manned by the United States Navy and was kept for  most of the year on the Potomac, although it was sometimes moved to Hyannis or Palm Beach.

The vessel held 60 people and was often used by the Kennedys for entertaining and family outings and parties. When the ship sailed on open waters, it was accompanied by a coastguard cutter, helicopter, and high-speed escort boat.