Although much to his chagrin  that it was not his best sport as a performer, JFK simply loved football. Thinking it a manly and virile pastime, Kennedy played “touch” football with his family from earliest childhood and also joined the teams at the schools that he attended, ranging from his grade school Dexter to playing for and earning his letter on the Harvard junior varsity.

As an adult, the family football games on the lawn at Hyannis Port are now part of the American political iconography. 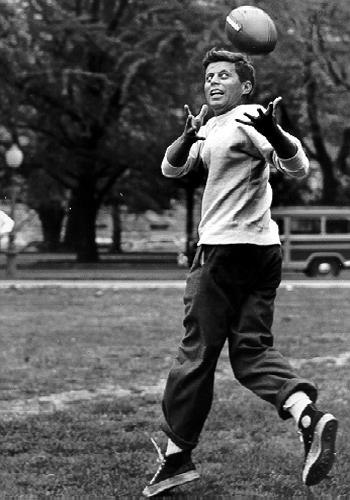 Kennedy also loved watching football. When he attended classes at Stanford University for a fall semester, he went to all of the football games. And, on the last weekend of his life, he spent time watching a Navy football game.