Charlotte McDonnell was a friend of Kathleen Kennedy and a sometimes girlfriend of JFK. A staunch Catholic, she in a very clear-headed way never let her dates with Kennedy turn her head. She recalled,

I went out with Jack lots of times. But, he was never in love with me. He liked to think he was, when things were going bad and he didn’t have anyone else, but he really wasn’t…. He’d talk to Lem and he’d talk to Torby and he’d say, ‘Hey, what would you think if I married Charlotte?’ And they’d have a big pow-wow. But, when it comes right down to the nitty gritty, did he ever ask me to marry him? No, he did not. 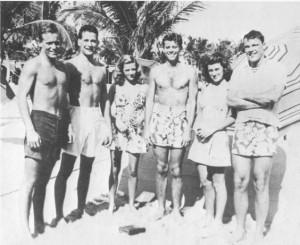