Anne Mayfield was the initial “teacher” in the nursery school that Jackie set up in the White House for Caroline and her Georgetown playgroup friends. She supervised the seven children in the late winter and spring of 1960. 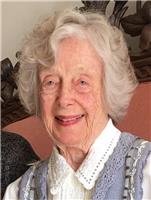 Mayfield was an experienced teacher who had graduated from the Madiera School and attended Bryn Mawr College and the Bank Street School of Education before accepting teaching posts at McLean Gardens Elementary School and the Vassar Laboratory School. Her supervisor at the Vassar school Evelyn Omwake had heard through the grapevine that Jackie was looking for a teacher for the White House program and recommended Mayfield.

As one previous Kennedy biographer stated.

In her quest to shield Caroline from prying eyes, Jackie asked the playgroup mothers – who included Jane Saltonstall, daughter-in-law of the Republican senator from Massachusetts, and Cathy Mellow Warner, daughter of Paul Mellon and wife of lawyer John Warner, the future Republican senator to Virginia – to move their gatherings to the White House. “Jackie thought it would be more natural for Caroline,” said Sue Wilson, “to demystify the place, to make it less cold and formidable, to have kids scampering in the long hallways.”

Under Mayfield’s tutelage, the children hatched eggs in an incubator, took sleigh rides around the White House grounds, and had storybook time in the Rose Garden