Angela Greene was an object of JFK’s interest in the summer and fall of 1942 while Jack was in PT school at Melville, Rhode Island.

Greene was born in Dublin and moved to America when her faher emigrated and became a New York city fireman. After graduating from Bayside High school, she worked as a secretary and then modeled for the Powers Agency. 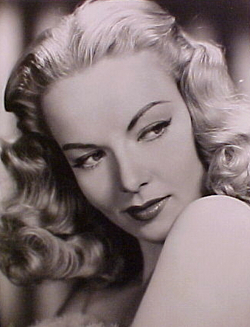 Greene was age 21 when she met Kennedy in Boston while she was in a show in Boston. He came back stage to meet the stunning blonde with his father and Morton Downey. She recalled the meeting to another biographer.